We have had a slow start to our day the last couple of days. Yesterday morning, my daughter requested pancakes for breakfast and I indulged her since we have all the time we want now for making pancakes 🙂 I had a long cup of coffee, read a bit of a book and had some pancakes with nutella before we got ready. We spent some time in the garden, and I gave the girls plant pots to collect whatever items they could find for a nature collage. We have no craft card, so I just cut up a cereal box and that gave the picture enough structure to hold the bits and pieces they founnd 🙂 There aren’t many living plants in our garden, so it consisted mostly of twigs, discoloured leaves and dirt but they liked the sensory process of making them 🙂 Afterwards, we talked about taking rubbings and collected items with different surfaces and textures, put them underneath paper and I gave my daughter crayons and pastels to rub over the top so the pattern would transfer to paper. 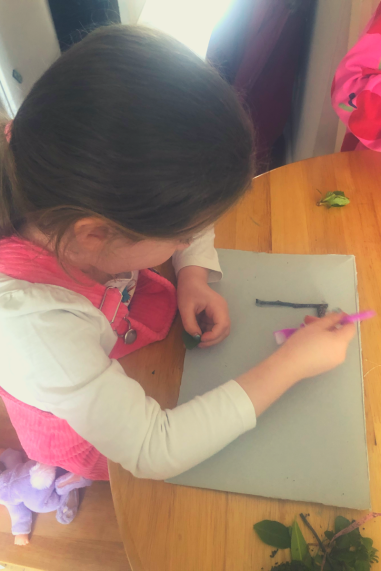 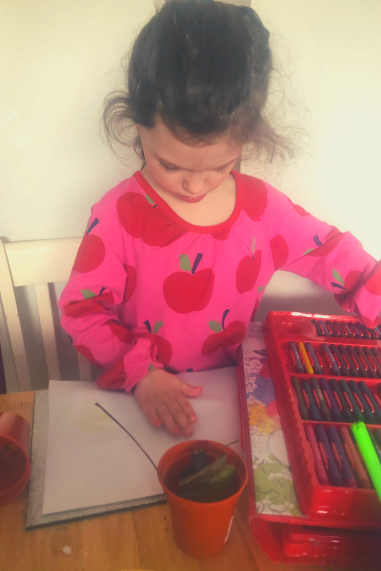 Afterwards, we went back outside to the garden. I had some chai tea with soya milk. I usually drink tea black, but I find chai tea with milk and honey a comforting thing to drink. When it reaches the stage of the day when I’ve had my fill of coffee and I’m feeling a bit drained, it picks me up. The girls continued making mud pies and leaf soup in our old barbecue. I’m thinking of converting a large plant pot into a table for them so the garden table isn’t covered in soil every time I sit down 🙂 The girls requested their spray bottles again so they could draw on the fence with chalk and wash it off. It’s strange how something so simple can occupy them for hours 🙂 The only downside is they start squirting it into their mouths or taking the lid off and taking sips from it 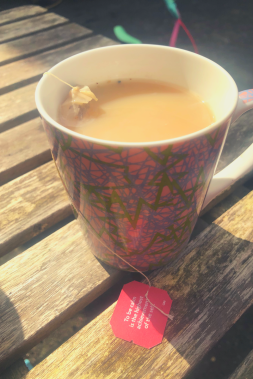 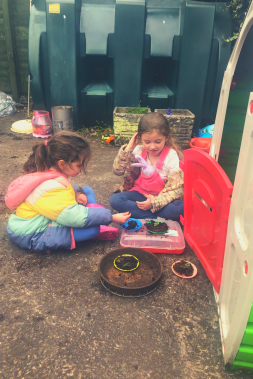 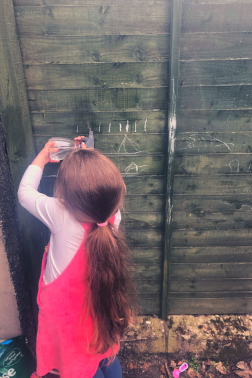 I have a candle I had been saving for a time I needed it, and I decided yesterday afternoon was that time 🙂 It’s from a company I love called the Reading Room Candle Company and smells like champagne and strawberries 🙂 I liked the title too, since I love F Scott Fitzgerald 🙂 I listened to Angel Olsen and took some alone time to write and unwind. For dinner, I used up the last couple of chicken drumsticks we had and made a big batch of mashed potato so I could use the rest to make potato bread again today 🙂 I improvised and made stuffing using some homemade bread we had left. I didn’t want to use up our last onion so I made it with an egg, salt, pepper, parsley and thyme. I dotted knobs of butter on top before putting it in the oven and it might be the best stuffing I’ve made. My daughter seemed to appreciate the fact the recipe was simple and contained nothing resembling a vegetable too 🙂 Today I tried a recipe my friend had sent me for pizza dough and just shaped it into a small loaf. It contains equal parts self raising flour and greek yogurt, and no other ingredients, and I was surprised by how bread-like it looked when it emerged from the oven. It only took about fifteen minutes to cook too 🙂 We ventured out for the first time in days to pick up some things from a local health shop. I got some new teas to try and a sourdough loaf, as well as replenishing our snacks. The girls are constantly asking me for snacks and one of them refuses to eat most things I bake, so it’s been a challenge stretching snacks 🙂 I think I’m going to continue shopping at local shops when things return to normal. I prefer the pace of them to racing around a large supermarket, beating your way through crowds.

After having some garden and schoolwork time, my kids caught up on an activity from last week we hadn’t had time to do. It was to make a poster of how to look after a pet. The girls both chose a rabbit and I liked their attention to detail in creating the hutches and the rabbits’ meals 🙂 We did some reading together and then I got some writing done while the girls watched TV. I tried the tumeric chai tea I bought at the shop, and am saving my bedtime one for tonight 🙂 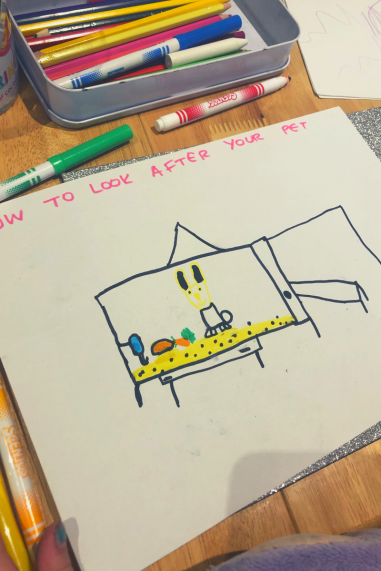 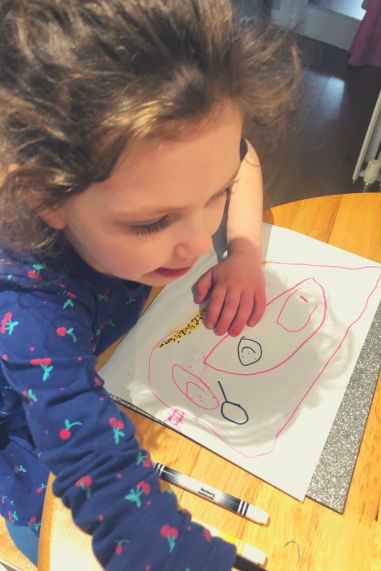 I used up the mashed potato and made more potato bread. They are so easy to make, I don’t know why I haven’t made it regularly before. I’m going to have to ration it this time since last time the girls ate fifteen bits of it in one day 🙂 I used my easter egg cookie cutter to make them 🙂 For dinner I made macaroni cheese for some comfort food with our new bread (which my daughter has named pie bread because I cut it like pie :)) Now I’m planning on spending the evening inactive in front of a book or magazine with a constant supply of tea 🙂 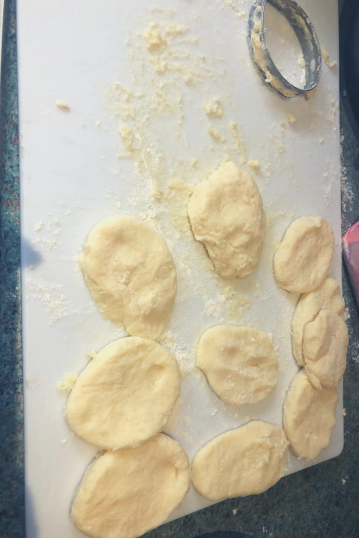 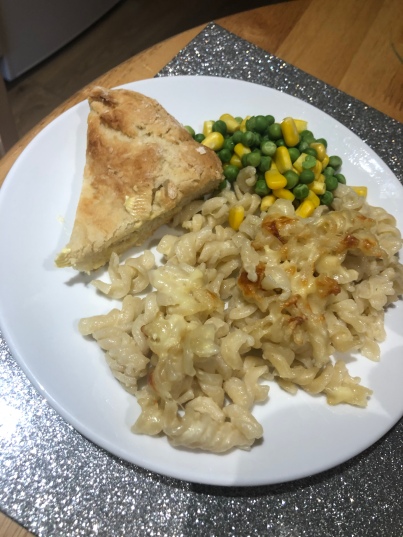