Yesterday, we went for what has become our usual walk on the Greenway. While we were walking, the girls were talking about the different birdsong and they pointed out some Forget-me-nots and butterflies along the way. They are becoming a lot more perceptive about their environment and noticing the little changes in nature on our walks.

Afterwards, I made them some yellow play doh to “bake” with outside. I’m glad I kept all the tools from play doh sets over the years. Even though they add to my cluttered cupboards, the girls have got so much use out of them. They also use dough ball trays from M&S as pretend mini bun trays but you could use kitchen utensils too. I know a garlic press works well with play doh and they enjoy the realistic element of having kitchen equipment too 🙂 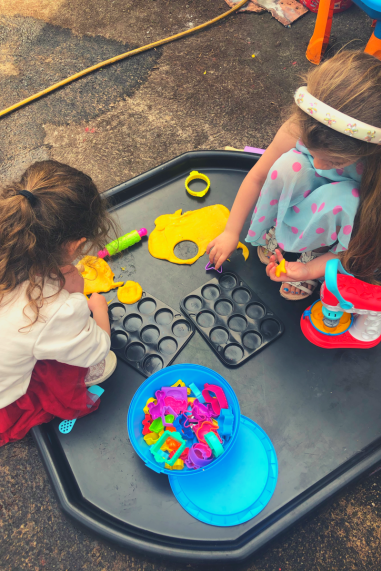 The girls made me some bright yellow cupcakes to have with my coffee 🙂 Then they started making desserts and made up their own names for them 🙂 Eventually, it ended up turning into a play doh and soil game and I declared it over 🙂 Then, we made some real chocolate chip cookies using an easy recipe I found posted online. The girls had asked me to pick up some giant chocolate chips at the shop the day before and it felt like a sign it was time to make choc chip cookies 🙂 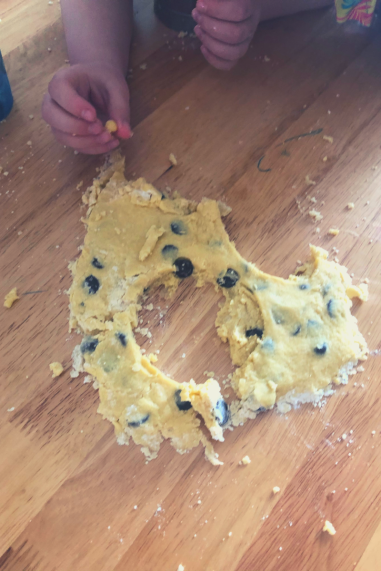 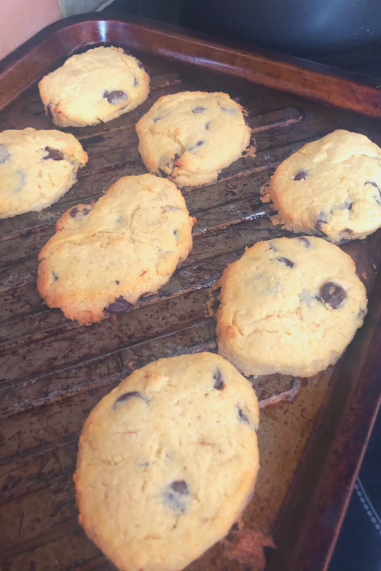 I had some ripe avocados, so I decided to make guacamole and use a nachos kit we had in the cupboard 🙂 I put some lime in our drinks too and when my daughter came into the kitchen and saw the overloaded plate she said it was “like we’re in a restaurant.” We had a slow dinner at the table and listened to 1920’s jazz. She was right; it did feel like we were in a real restaurant 🙂 Today, we went for a walk to a nearby shop and the girls got some ice-cream and sweets. The weather was so hot today and going for a morning walk almost felt like being in Spain or Portugal 🙂 I like the fact we go to local shops more now and barely use the car. It feels like we get to experience more together and have longer chats while we walk with nowhere to rush to. The girls picked some dandelion clocks and had fun blowing them on the way home.

Afterwards, my daughter had to do some pets colouring in the style of Dean Russo, so I printed off an extra sheet for my younger daughter. She had her ice-cream while she coloured and my older daughter put a lot of time into drawing patterns. I wish maths homework went that swimmingly. My neighbour kindly gave us some spiced buns she had made and we all loved them. They were like a gingerbread cake 🙂 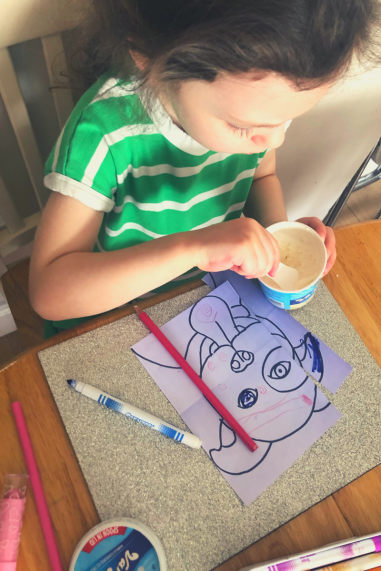 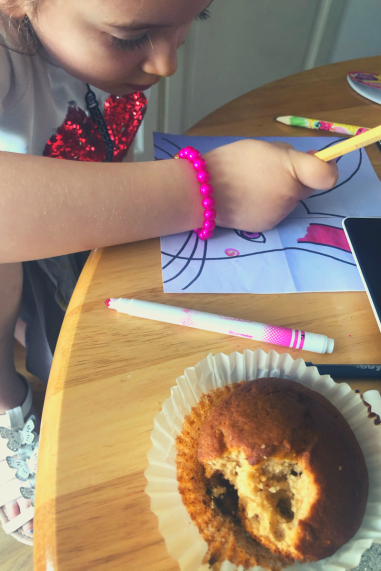 Afterwards, I made some gloop for the girls to play with. My friend suggested it yesterday and I’d never made it before. It’s so easy to prepare and is such an interesting texture. I couldn’t stop playing with it either, because it keeps changing from solid to liquid and is really weird! The girls played with it for a long time, until they started flinging it around the garden, which is how most messy crafts end! I finally tackled the weeding at the front of our house. The girls helped me with raking and binning 🙂 Then they started their own games beside me. I uncovered some Clematis on the wall and I’ve no idea how it got there! It must have just been obscured by all the weeds I never get time to remove 🙂 While we were weeding, my daughter found a beetle and decided to befriend it. I was happy to see her not scream at the sight of a bug 🙂 She was really gentle with it and made it a “house” in an empty container. She named it “Dude” but then decided to rename it after my parents’ cat. It eventually moved on and she was momentarily disappointed. (That’s it walking upside down on a twig/its new house it quickly vacated,) 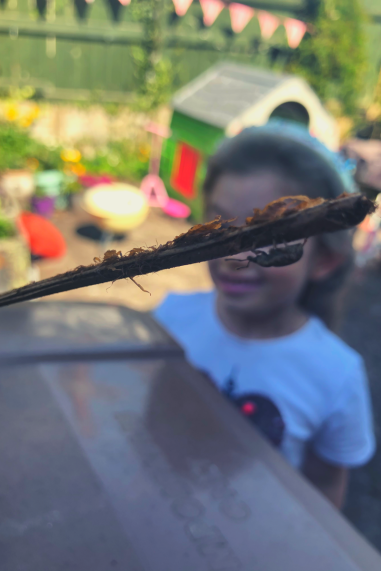 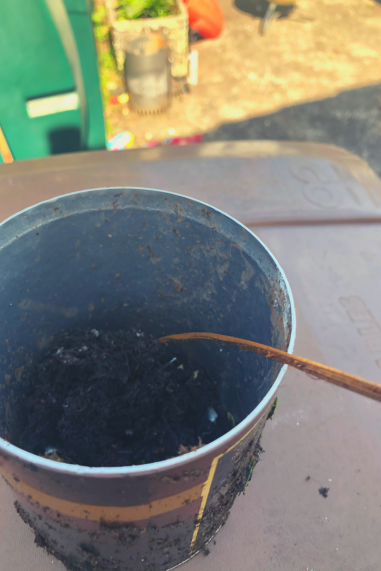 For dinner, we had a barbecue in the garden. I’ve realised having a barbecue with the girls means sitting eating alone while they come up with thousands of reasons to repeatedly leave the table 🙂 But it was nice sitting in the hot sun, feeling like we were on holiday and having the company of the neighbours voices and the birds in the background 🙂