The last couple of days have been slow and quiet. I’m actually enjoying aspects of them, like the birdsong, the fact I can hear a clock ticking, the fact I don’t feel pulled in as many directions (apart from when my kids are queuing up for constant snacks, obviously.)

Yesterday, we started the day with yoga/dancing/garden time. My aim is to burn off as much of my kids’ energy as possible before we sit down to do schoolwork 🙂 While my older daughter did some work, I gave my younger one glue and craft materials to make a collage. She glued her bookmark onto her picture but I just let her get on with it. I don’t think many of her books need a bookmark since we finish them in one sitting 🙂 Afterwards, we watched a Maddie Moate video and had some sultana cake/breadsticks/coffee number two for me. One of my daughter’s activities was to make a chick out of card. My younger daughter likes to join in with any craft project, so they made one each. I was impressed by how little I had to help with the concertina folds and cutting the sellotape 🙂 I could almost imagine a time when I’ll be able to sit with idle hands while they do artwork 🙂

I had chocolates left from my Mother’s Day basket and we all had one each. The girls liked choosing their own and the fact they were limited to one seemed to make them view it as more of a treat 🙂 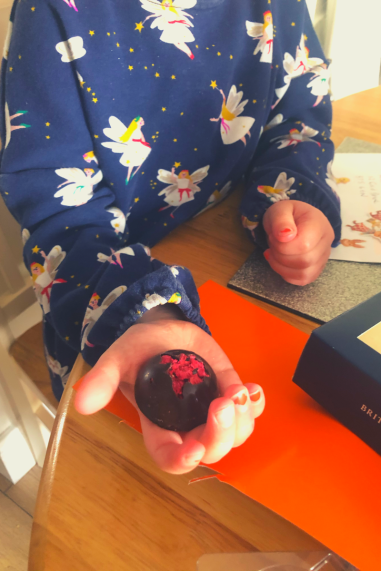 For dinner, I decided to make a mini fry with ingredients we already had in the house. I had made some mashed potatoes the previous night. I mixed them with flour to make potato bread and fried them. I thought I’d made enough to last days, but the girls are all of it 🙂 Here is a picture of our food. I know, I’m weird because I eat ketchup and baked beans on one plate. Clearly my first priority is eating, my second priority is photography 🙂 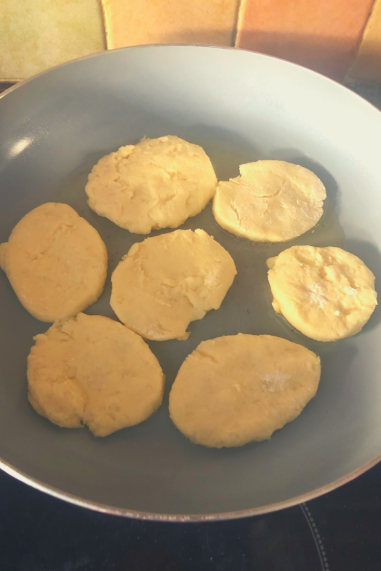 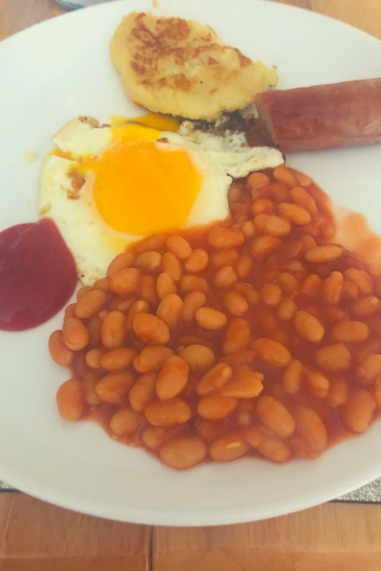 I hung up the bunting we had made in my daughter’s toucan box to cheer up the kitchen 🙂 It’s going to make opening cupboards difficult for a while, but at least it looks seasonal 🙂

This morning, I gave the girls one of my daughter’s preschool’s suggested activities.They drew on the fence and the ground with chalk and then used spray bottles of water to clean it off. It kept them occupied for a long time and they were reluctant to come inside.

One of my kids did magic painting to practise writing words for school. She wrote the words with white crayon and painted over them with watercolours. If you don’t have a white crayon, you can use a white candle instead. Meanwhile, my other daughter did her own magic Paw Patrol picture. We had some stories and a snack and watched a video about growing vegetables.

We went back outside after lunch to identify outdoor sounds in the garden. It’s harder than it appears at first glance with kids involved 🙂 It was a struggle to hear anything over their bikes and their voices 🙂 But we completed the list and then went indoors to do the indoor sounds section.

I’ve made 3pm my designated writing time. At that time, the girls are allowed to watch TV and have a snack while I catch up on some writing. They make many visits throughout with requests for more snacks, so I’ve had to relax my ideal word count for this period 🙂 My act of self-care today was to write, drink a homemade latte and sneak chocolate truffles when no one was looking 🙂 For dinner, I improvised and made something like chicken korma. I used up some of the flatbreads we had left and they were a good substitute for naan bread 🙂 I like the fact that this phase of life is making everyone more resourceful, and it shows us we can survive on much less than we typically buy 🙂